Why join a 5-a-side football league? 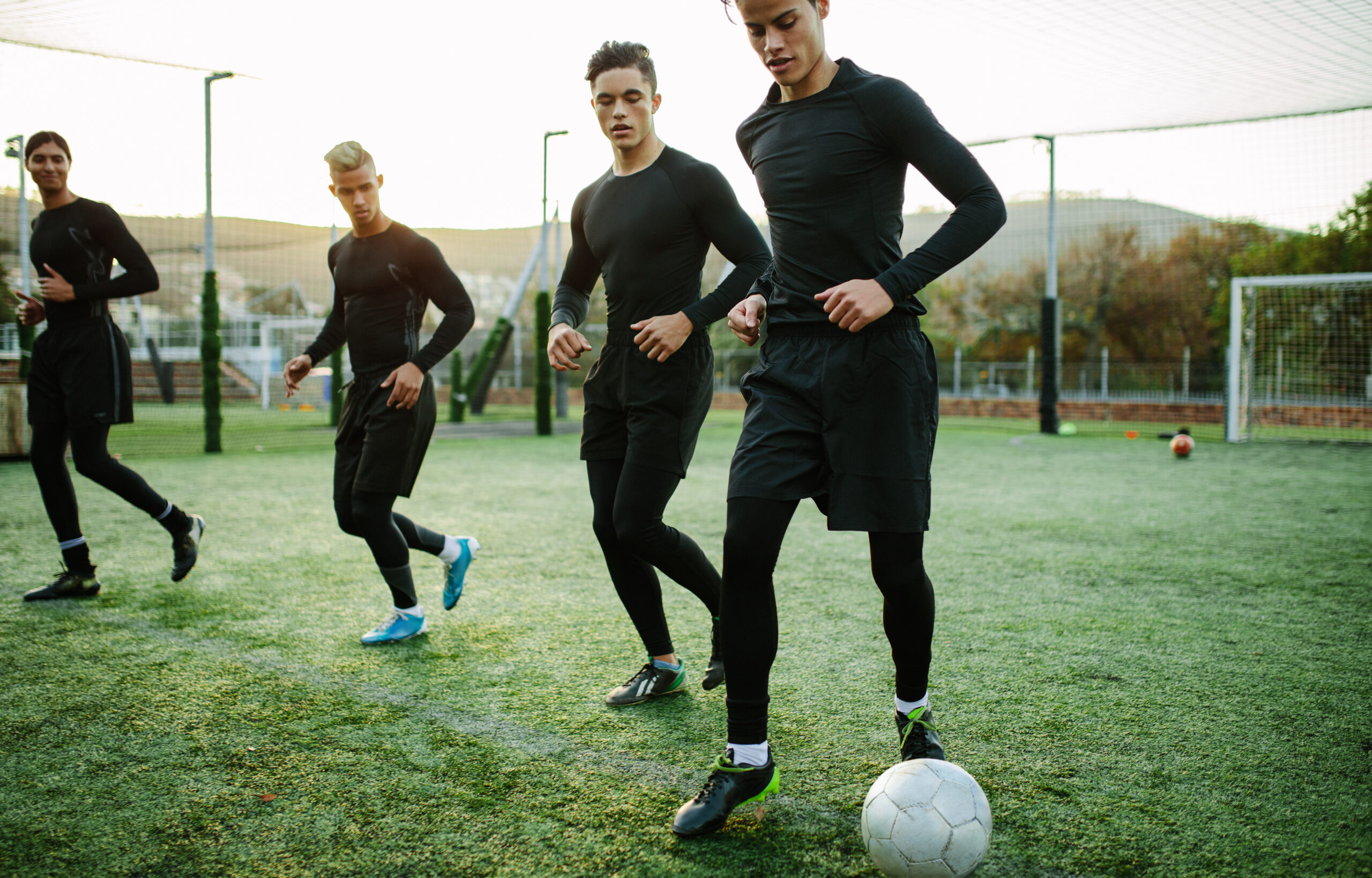 First thing’s first – why play football? Uh, because it’s only the greatest team sport to have ever been played and you’ll never see team spirit quite like it.

Yes, we all love a good game of footy, it can’t be denied. Whether at a physical game as a spectator or watching it on the big screen (or a small screen), there’s just something about 11 players running around a pitch after that ball that gets us riled up and ready for battle. But what about the players? Is it better to play 11 on a team or as 5 ? What’s the difference and why are more people joining a 5-a-side league than ever before?

There are now more people in England playing 5-a-side football than 11-a-side – that’s a fact, and whilst there are many reasons behind the why, we’ll happily highlight a few below so you can make an informed decision as to why YOU should play in a 5-a-side league.

Playing football is about movement and being “on the ball” literally. A smaller team inevitably requires you to be more active, giving you the opportunity of more touches in the game and hence, practice. It’s far too easy to hide away in the left back for 90mins in 11-a-side. At least in 5-a-side, you’re put through your paces and are fully involved as most of the faff in 11-a-side is cut out and you’re left with a game of core skills.

As with any sport, there are tonnes of health benefits such as improvement in stamina, fat loss and improved blood circulation. Where 5-a-side differs from its counterpart 11-a-side (especially when played socially), is in its intensity. The basic principles of HIIT training come in to play due to the concentration of constant movement and speed at which 5-a-side needs to be played in comparison. A constantly elevated heart rate promotes better  blood flow around the entire body, carrying necessary nutrients and oxygen to where it’s needed the most. The body is also encouraged to burn the tough fats that sit deep beneath the surface ad you’ll find that over time, your endurance improves.

The skills needed to play 5-a-side decently are certainly transferable to the standard game and arguably accelerates your growth as a player. As 5-a-side is played on a much smaller pitch, creativity in terms of strategy, passes and dribbling are required as all it takes is an interception to easily concede a goal. Add this to the previously mentioned health benefits and you would quickly outgrow a similar level player playing 11-a-side for the same amount of time.

After 16 months of social-distancing restrictions, who doesn’t want to get out with friends or meet new people? 5-a-side is the perfect excuse to not only leave your home but to get fit and meet people that you wouldn’t otherwise. Grow your network with 5-a-side football by playing against different opposing teams. Share skills and contact details. It’s always pleasant to make new friends in the most unexpected places.

With burnouts at an all-time high and mental well-being at a low, it’s ever more important to find the right approach to taking care of your mental health. 5-a-side is a great means of tackling the stresses and strains of every day by allowing you to disconnect. Socialising and teamwork combined with the health benefits associated with such a competitive sport also trigger the release of hormones such as endorphins and serotonin that are responsible for uplifting your mood and keeping your spirits high.

Take the leap and join a league today.